Meetings in September cannot be held on the second and fourth Tuesdays of the month, because they conflict with Broward County's budget hearings. The Commission usually meets only once in August, November and December.

Because of the pandemic, meetings are currently being held virtually on Zoom.

Agendas are generally available on the Friday prior to meetings. Minutes are only available following approval by the Commission. You can view Town Meeting Agendas, Minutes and Videos on our Agenda Center. 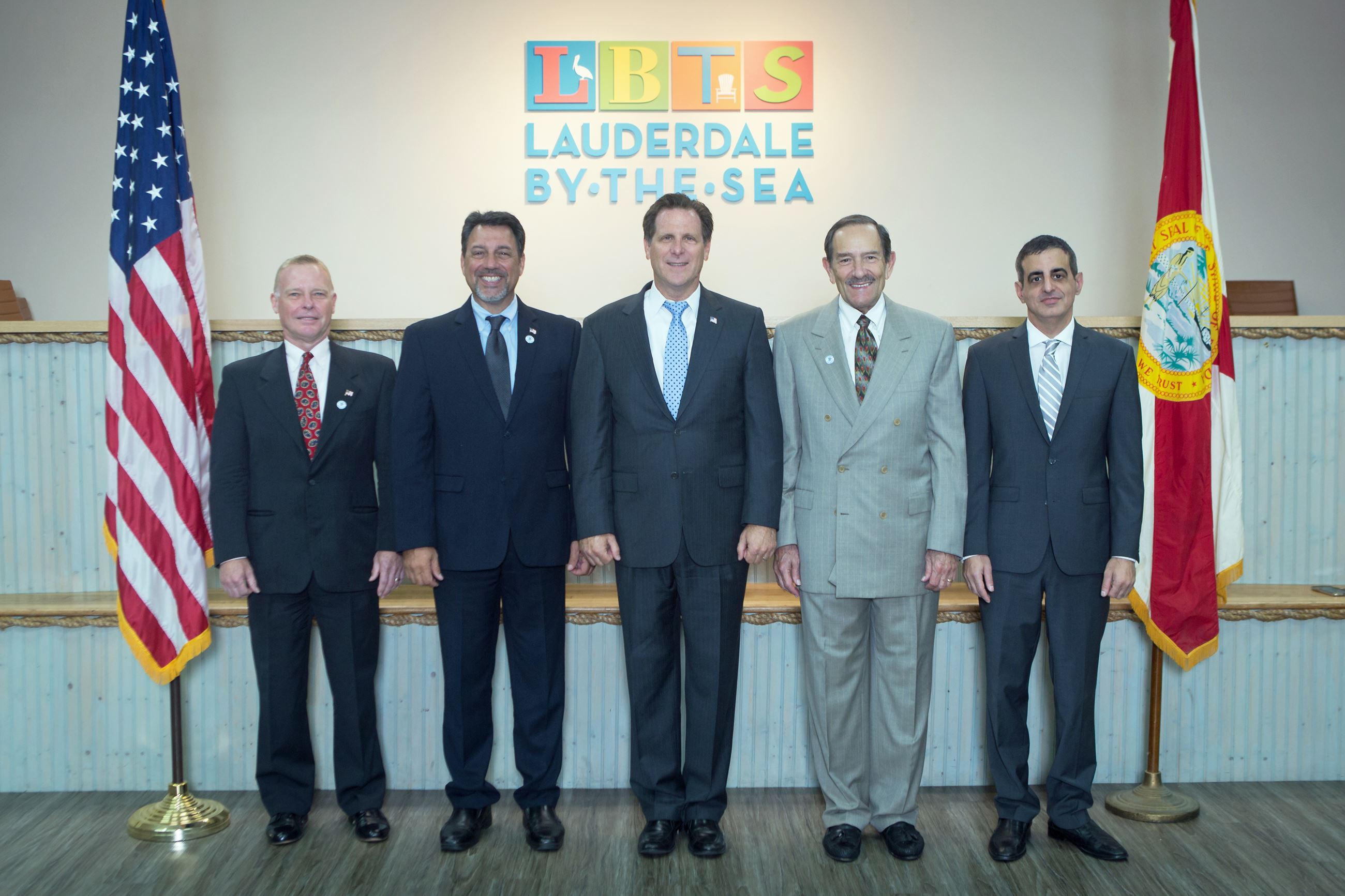 The Town Commission is Lauderdale-By-The-Sea's elected legislative body. The five-member Commission consists of the Mayor, Vice Mayor and three other Commissioners. Commission members elect the Vice Mayor following each election. The Mayor presides at Commission meetings and is recognized as the head of the Town Government at all official functions. In the Mayor’s absence, that duty falls to the Vice Mayor. All Commissioners are elected at-large and serve staggered four-year terms. The Mayor's term is two years. Except for the Mayor, Commissioners run for specific seats and must reside in District 1 or District 2, which divides the Town’s voters into almost even north and south areas. To qualify, you must live in Town at least six months prior to the election.

The Commission is responsible for hiring the Town Manager and Town Attorney; it also approves all professional contracts for engineering, construction, planning, garbage pick-up and other professional services the Town may require. The Commission enacts ordinances and resolutions on key matters, adopts the annual budget and establishes the tax rate and other various user fees. The Commission sets policies not designated by Florida law or the Town Charter.

Lauderdale-By-The-Sea has a Town Commission-Town Manager form of government. The Commission hires a professional Town Manager, who is responsible along with his staff for the Town's day-to-day operations.