SS Copenhagen, a 19th Century British cargo steamer, struck a reef in 25 feet of water off present-day Lauderdale-By-The-Sea on May 26, 1900. The wreck is one of  11 Florida underwater archaeological preserves; it became the state's fifth shipwreck preserve in June 1994 and was placed on the National Register of Historic Places in 2001. Constructed in England and launched in 1898, the steamer's final voyage began on May 20, 1900, when it left Philadelphia for Cuba carrying 5,000 tons of black coal. Six days later, the ship accidentally slammed into a reef three-quarters of a mile offshore. The wreck is located almost directly off the Sea Watch Restaurant.

The bulk of the ship's cargo was removed. Salvage crews were preparing to pull the vessel off the reef when they were ordered to abandon Copenhagen and respond to the Hoboken Docks Fire. The ship remained above water for decades and was used as target practice by U.S. Navy pilots during World War II. What remains of its structure has become part of the Pompano Dropoff Reef, where it provides a home for spiny lobsters, tropical fish and other marine life. Divers sometimes report seeing small lumps of coal and spent ammunition shells on the site.

Franklin H. Price, the Senior Archaeologist from the Bureau of Archaeological Research and Division of Historical Resources with the Florida Department of State, wrote an excellent article about the history of the Copenhagen Opens a New Window. .

Copenhagen has also been featured on ScubaNation and The Florida Channel.

The Town also has Copenhagen educational signs on the beach near the Sea Watch Restaurant and off Washingtonia Park.

Local dive charters from Pompano Beach, Deerfield Beach and Fort Lauderdale often visit the shallow wreck, which is popular with divers and snorkelers. With an estimated 10,000 visitors per year, it is by far the most popular underwater preserve in Florida. Some intrepid beach divers even swim out to the site and then enjoy lunch later at the Sea Watch.

To promote its maritime history, the Town in 2018 created a Copenhagen Educational Display in Jarvis Hall, where visitors can see a model of the ship and photos taken during the salvage efforts. The display includes a lump of coal from the wreck.

The Town also created a Copenhagen map that is printed on plastic paper. Divers can take the map underwater to help them identify the various parts of the shipwreck. Copies are available in Town Hall and Gold Coast Scuba. The Town map is based on a previous map, created by Broward County, that is out of print. The Town map contains a short history of the wreck, an historical photo and online references where you can find additional information about the fate of the ship. 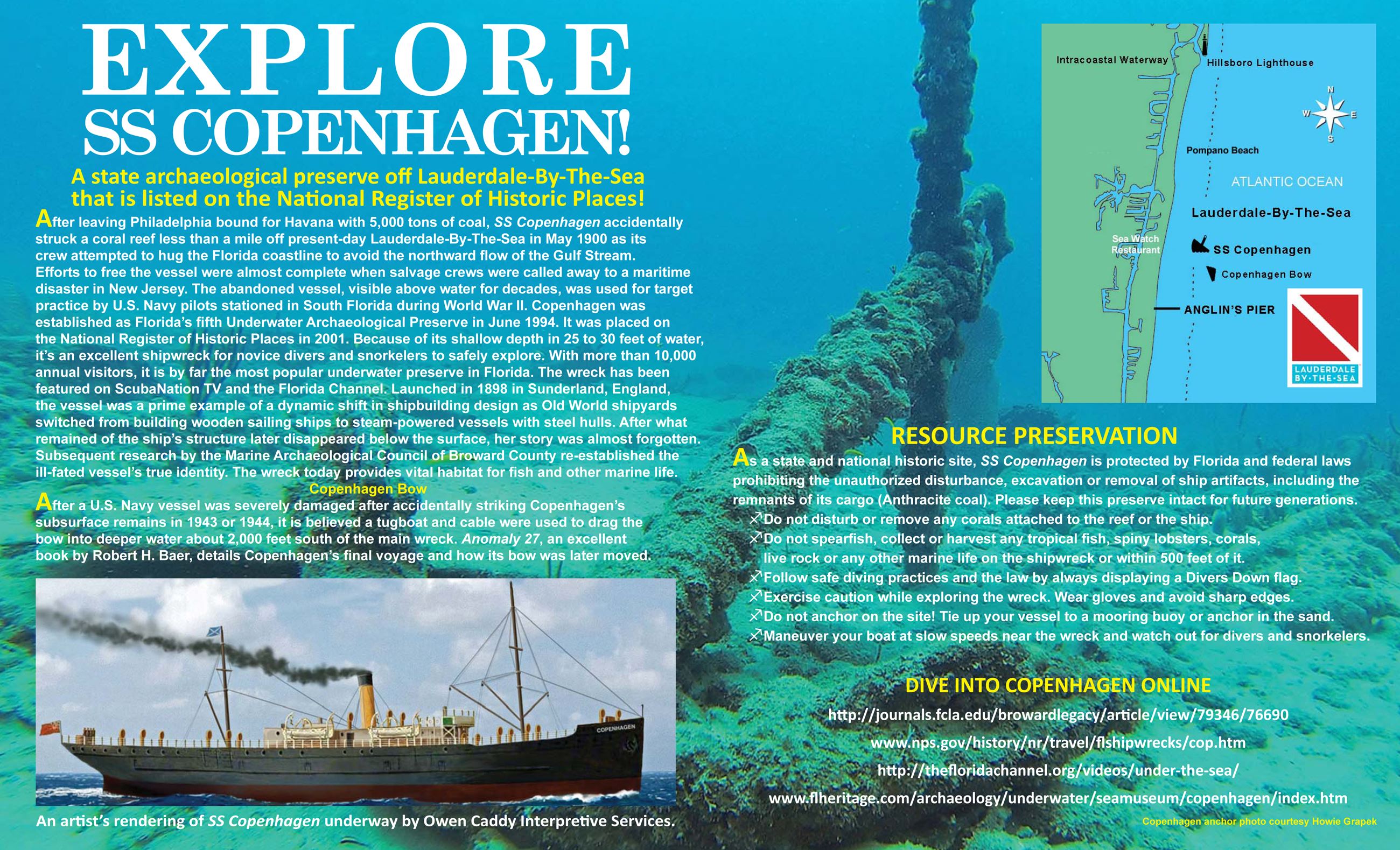 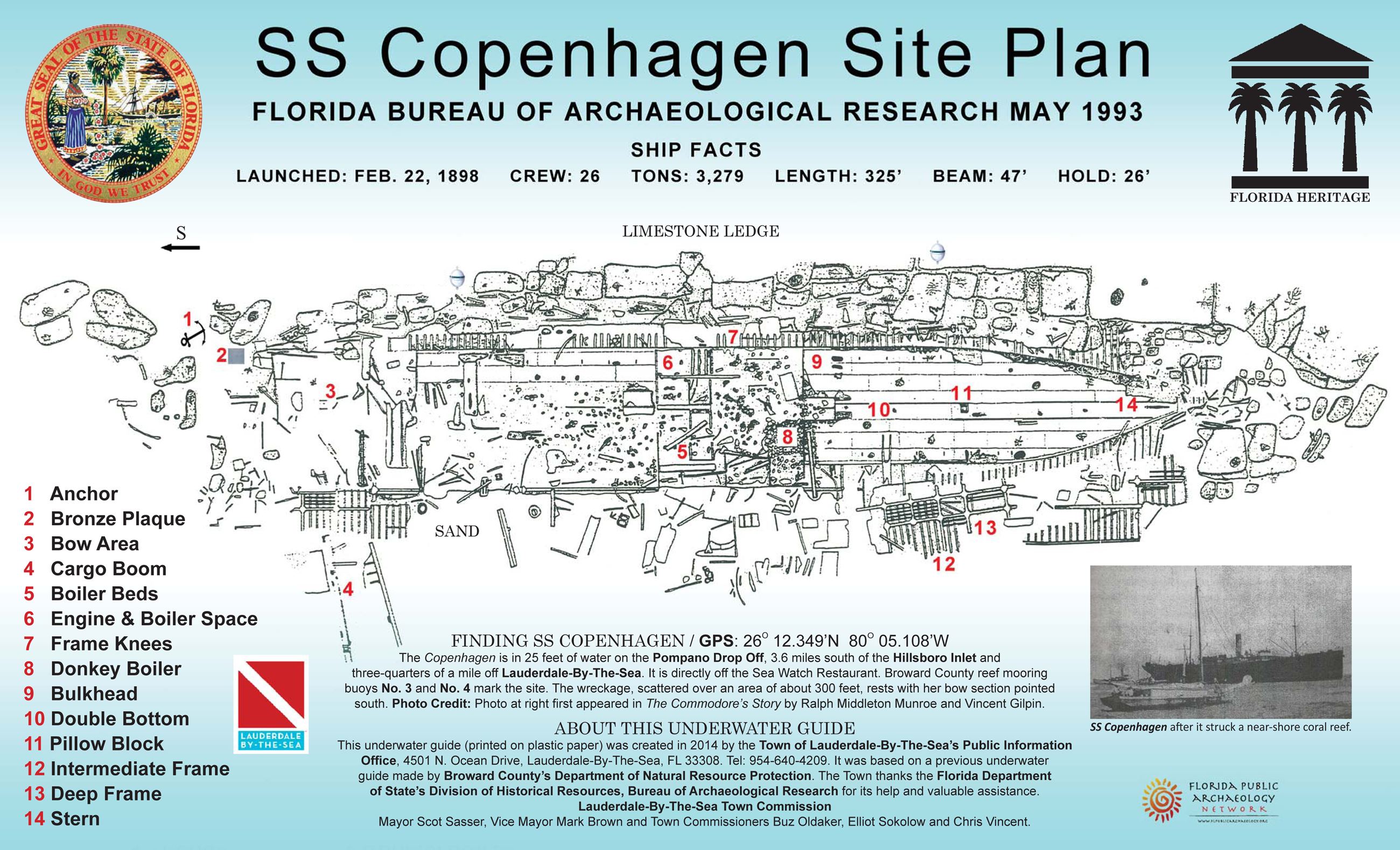