The Visitors Center underwent a major interior renovation in 2021. This Capital Improvement Project, which cost $95,000, was completed in February. The center, 4201 N. Ocean Drive, was outfitted with all new tile flooring, new ceramic wall tile, shutter treatments, a new storefront door and a new countertop for the reception area. The bathroom was also renovated to meet ADA standards. A small ceremony was held in February to unveil the renovation project. At the time, Broward County Commissioner Lamar Fisher donated a $5,000 check to the center. In addition to new furniture and artwork, a large television was also installed and is used to show colorful pictures of Lauderdale-By-The-Sea to visitors.

As the first official Town building, the Visitors Center played an important role in the history of Lauderdale-By-The-Sea. Built in 1949 as a facility for the Women’s Club, it was also used  by the Town Commission, Police Department and Town Clerk. Town Hall, 4501 N. Ocean Drive, wasn't built until the mid-1950s. After the Women's Club started to build a new headquarters in 1956, the Chamber of Commerce and Visitors Center was later allowed to operate out of the building. 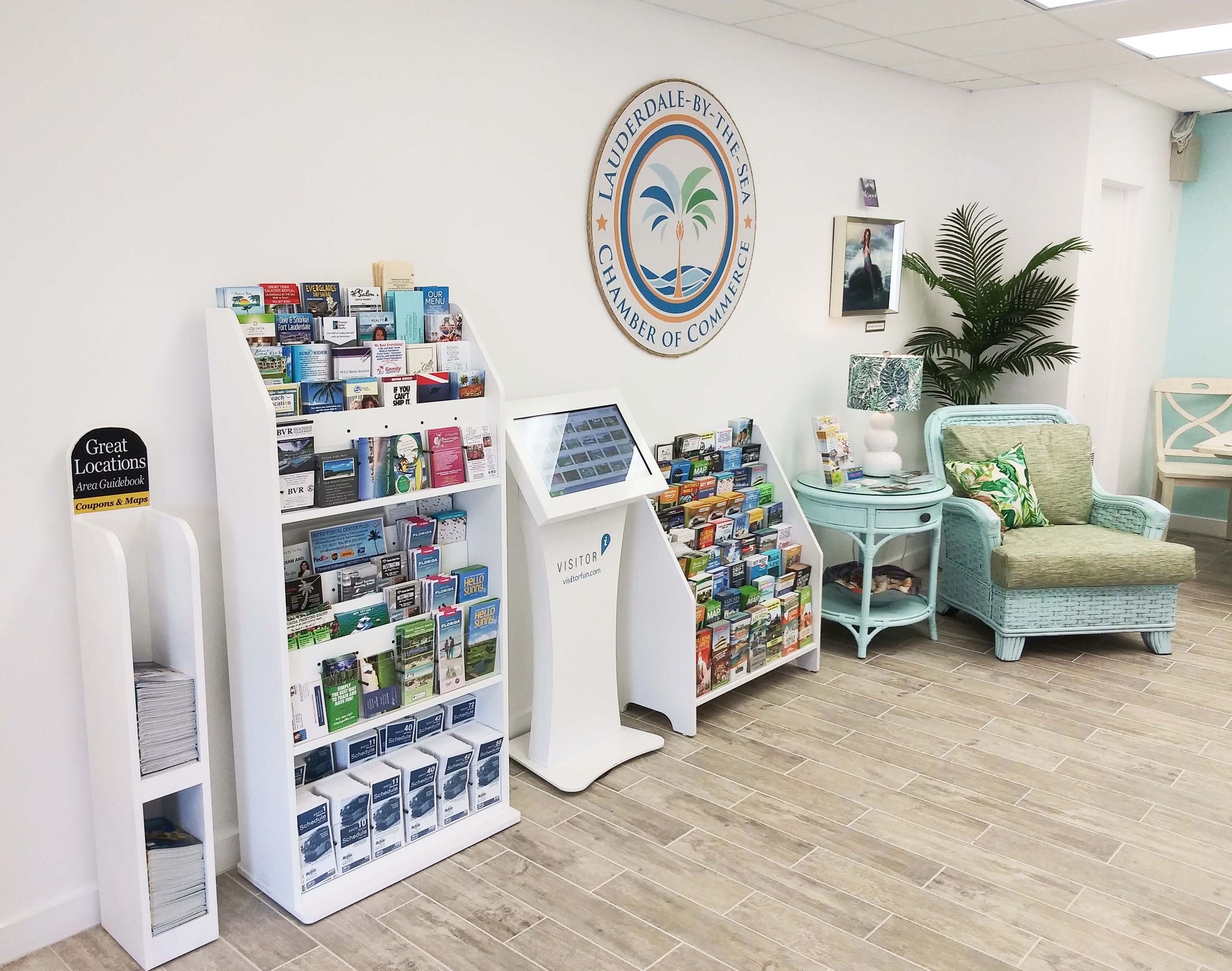