Until further notice, the Pelican Hopper route will include a temporary detour, eliminating its turn around in Terra Mar Subdivision, continuing north and turning around Island Shoppes in Pompano (SE12th Street).  See route COVID/Detour Route Map

NOTE: Broward County Transit (BCT) has suspended all fares on BCT bus routes until further notice. The Hopper only picks up passengers at designated stops and BCT bus stops – “No Wave and Ride.”

The Pelican Hopper is free to residents and tourists! Riders who later make connections to other routes, however, must pay the appropriate bus fare.

The daily shuttle takes about 45 minutes to make a complete run from Publix Supermarket down to Galt Ocean Mile before heading north to Terra Mar Island and then returning to Publix, the start of the Pelican Hopper’s daily route.

The colorful community shuttle, which stops in front of Publix at the Village Shopping Center in Sea Ranch Lakes, is a familiar site to Town residents, making several round-trip daily visits to nearby Holy Cross Hospital, except on Sundays.

The Tracker App can be downloaded free from the IPhone App or Google Play stores, as well as desktop computers.

The shuttle normally operates from 9AM to 5:25PM Monday through Friday traveling every 55 minutes with various stops, including three locations connecting with Pompano Beach's Green Shuttle. Until Broward County Covid-19 Emergency Orders are lifted, the bus will not operate on Sundays, or on Friday, Saturday and Sunday evenings.

If you are traveling downtown, consider using the shuttle bus instead of driving! The Pelican Hopper operates as close to its schedule as possible, although traffic conditions may sometimes cause the bus to arrive slightly early or late.

The shuttle is wheelchair accessible in accordance with provisions under the Americans with Disabilities Act. It also comes equipped with a bike rack.

There is no service on the following days: 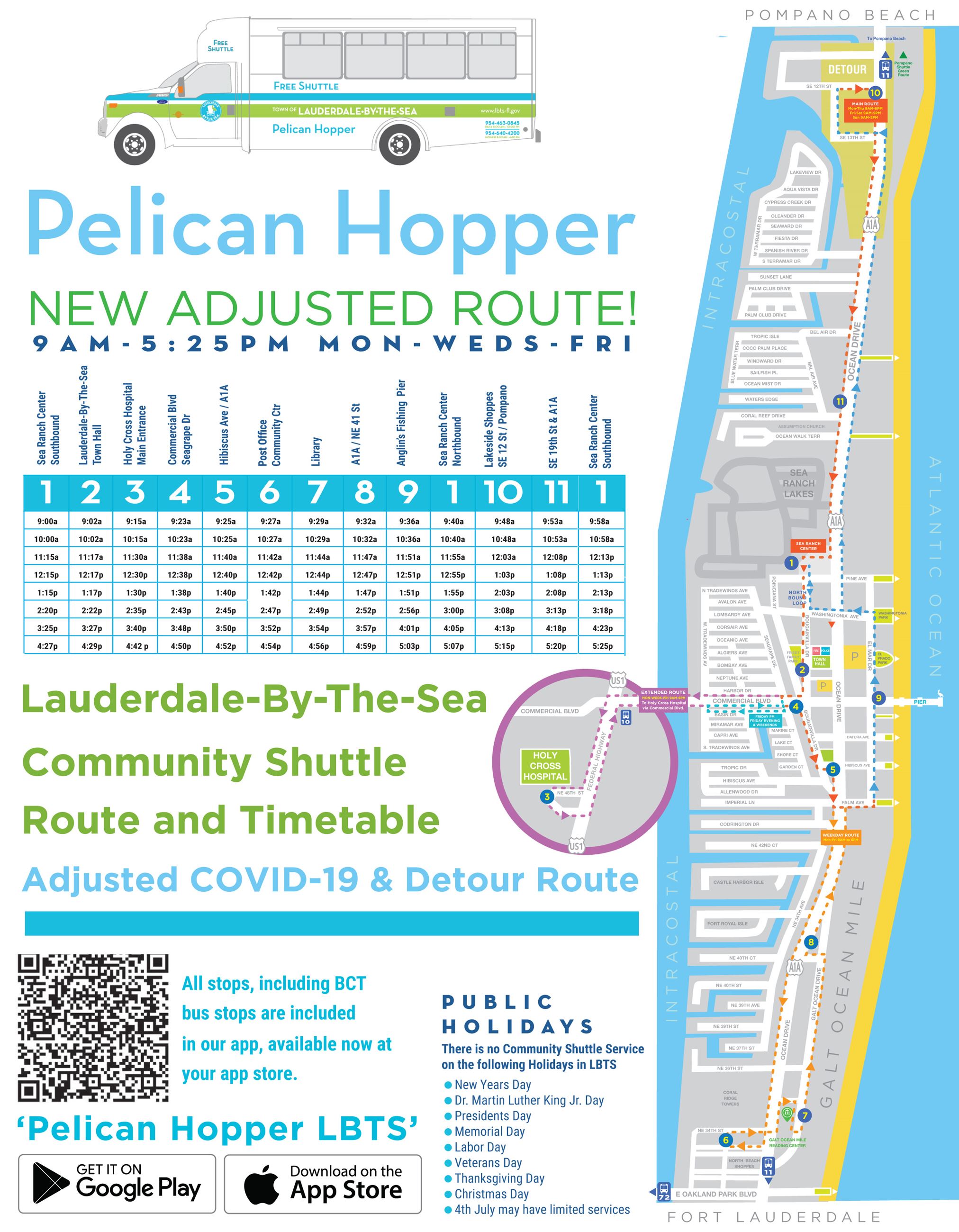