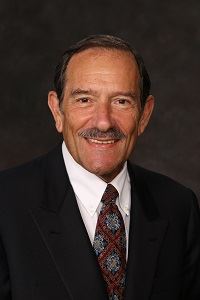 He was employed in the Marketing Department of the Air Conditioning Division of American Standard, Inc., in New York from 1962 to 1968, in a variety of positions, becoming Eastern Regional Manager in 1967. In 1968 he left American Standard to become the controller of Florida Heat & Power, a mechanical contractor in Fort Lauderdale, Florida. After two years at Florida Heat & Power, in May 1970, he started his own contracting company, Florida Heating & Air Conditioning, Inc.

By 1996, Florida Heating & Air Conditioning had become the largest residential air conditioning contractor in South Florida, and one of the two or three largest in the state, with annual revenues of $18 million. In May 1996 Florida Heating signed a merger agreement with American Residential Services, Inc., (ARS) as one of its founding companies. Elliot was employed as Senior Vice President and Director of Residential Operations for ARS, heading a Division with over 4,000 employees and operating in 56 cities in 17 states and with annual revenues of $500 million.

He also served on the Board of Directors of ARS. In May 1999 ARS was acquired by ServiceMaster and Elliot chose to retire to pursue other interests in real estate, other investments and in consulting to the HVAC industry.

In September, 2000 he became CEO of Commerciant Holdings, Inc. in Houston, Texas, a start-up in the wireless remote payments processing industry. He retired from that position in August, 2002. Since that time he has become an investor in a number of real estate projects and several marine businesses.

In 2006, Elliot reacquired the assets of his former South Florida company and rebranded it as Engineered Air, LLC. He is still serving as the Managing Member of that Company.

While serving as Mayor of Sea Ranch Lakes, he was appointed to the Broward County Planning Council where he served from 2003 through 2007. He was also a member of the Board of Directors of the Broward County League of Cities for 8 years and was a member of the Hillsboro Inlet Commission from 2004 to 2011. He was elected to the Town Commission in 2014 and re-elected in 2018.

He and his wife Enyd have been married for more than 50 years and have one daughter and a grandson. The Sokolow’s have lived in the Fort Lauderdale area for more than 45 years.